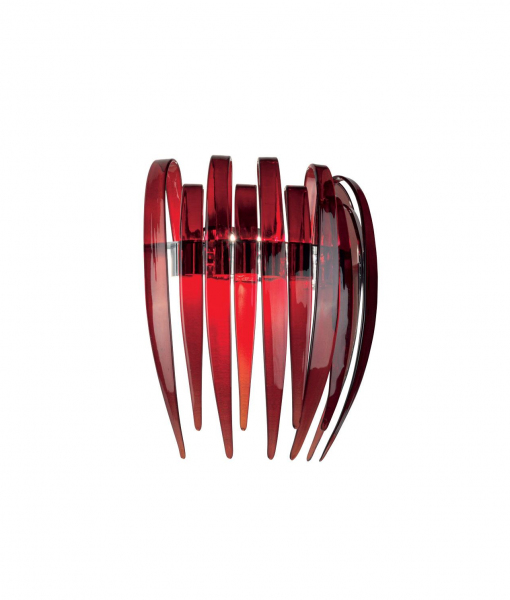 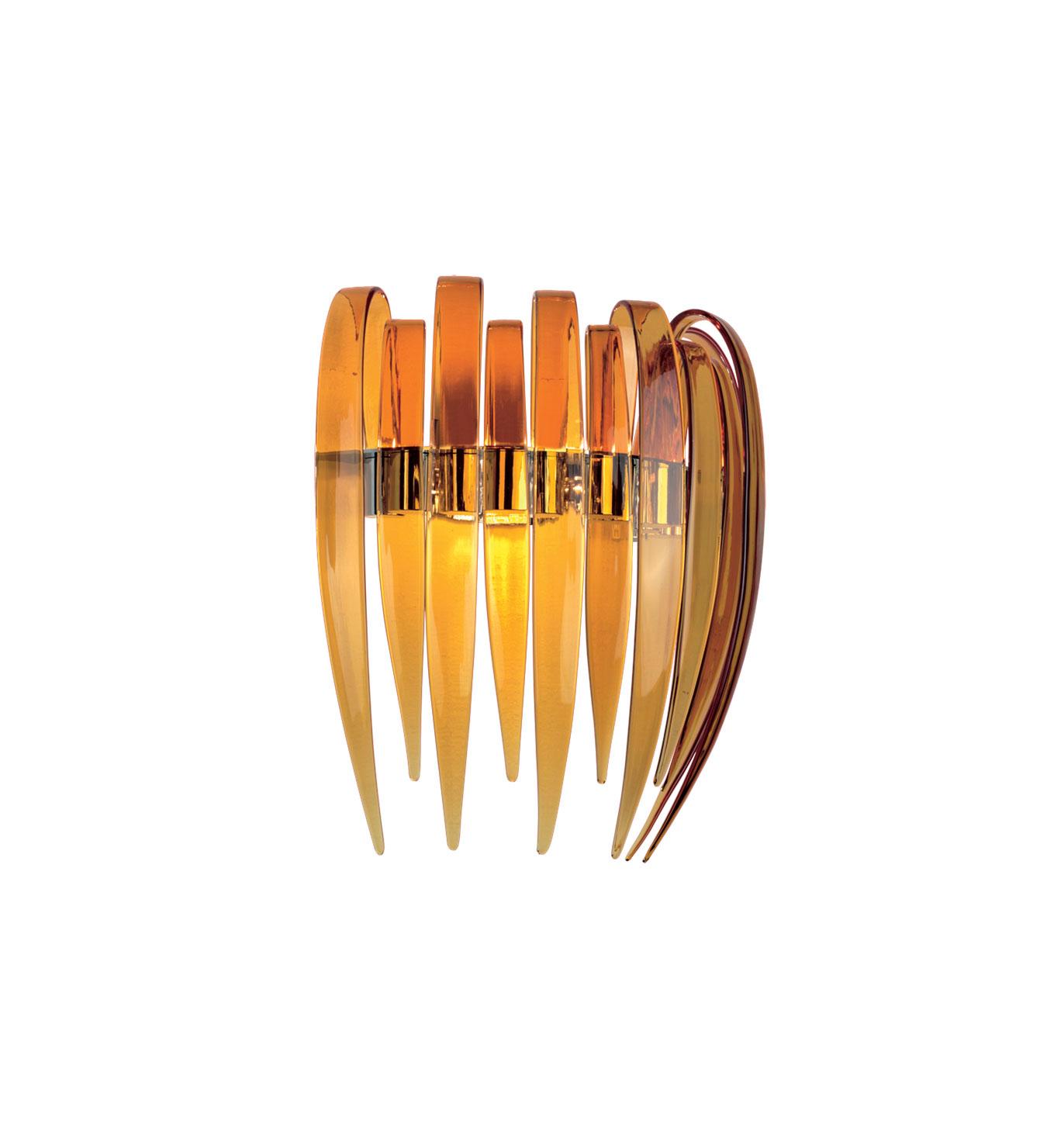 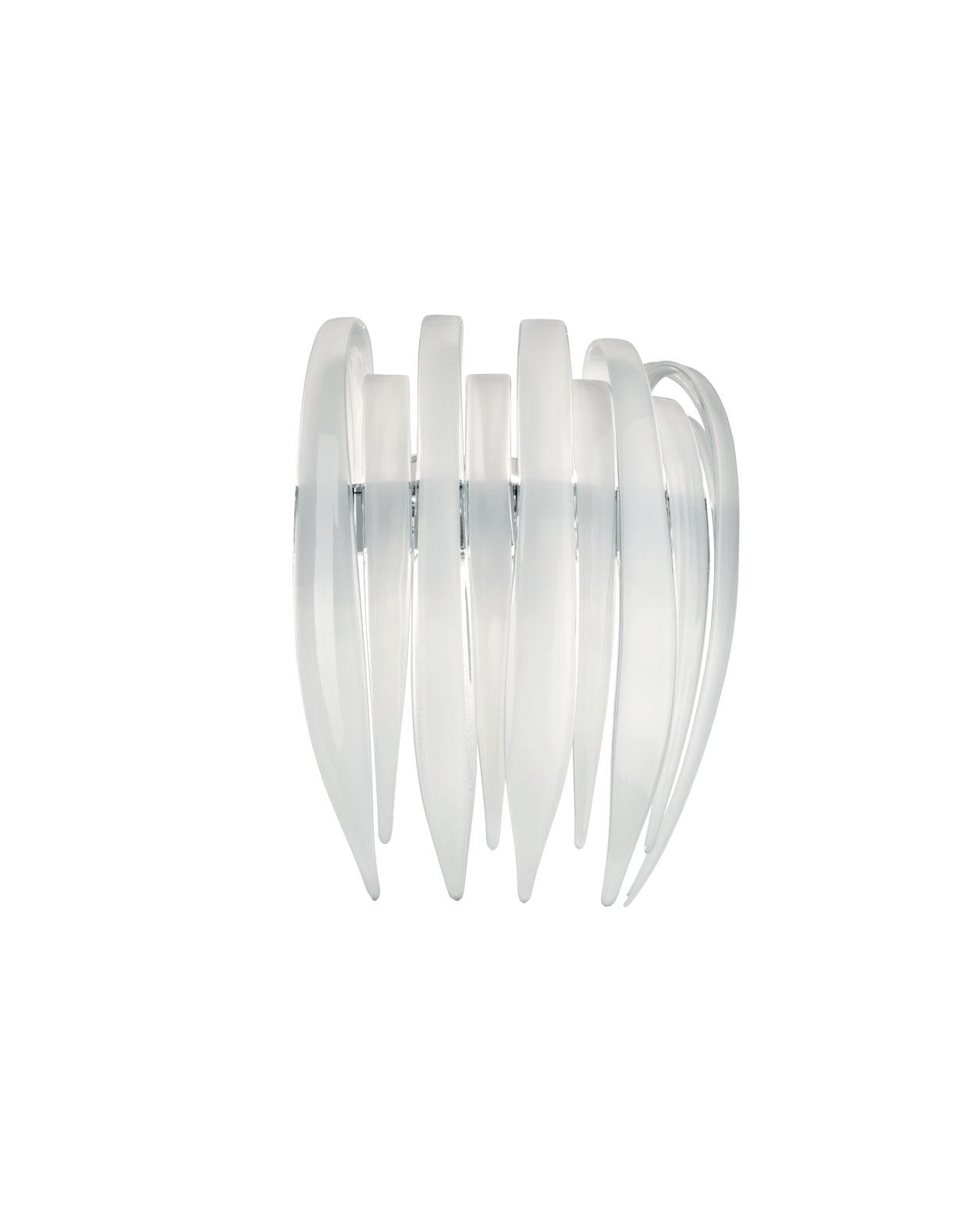 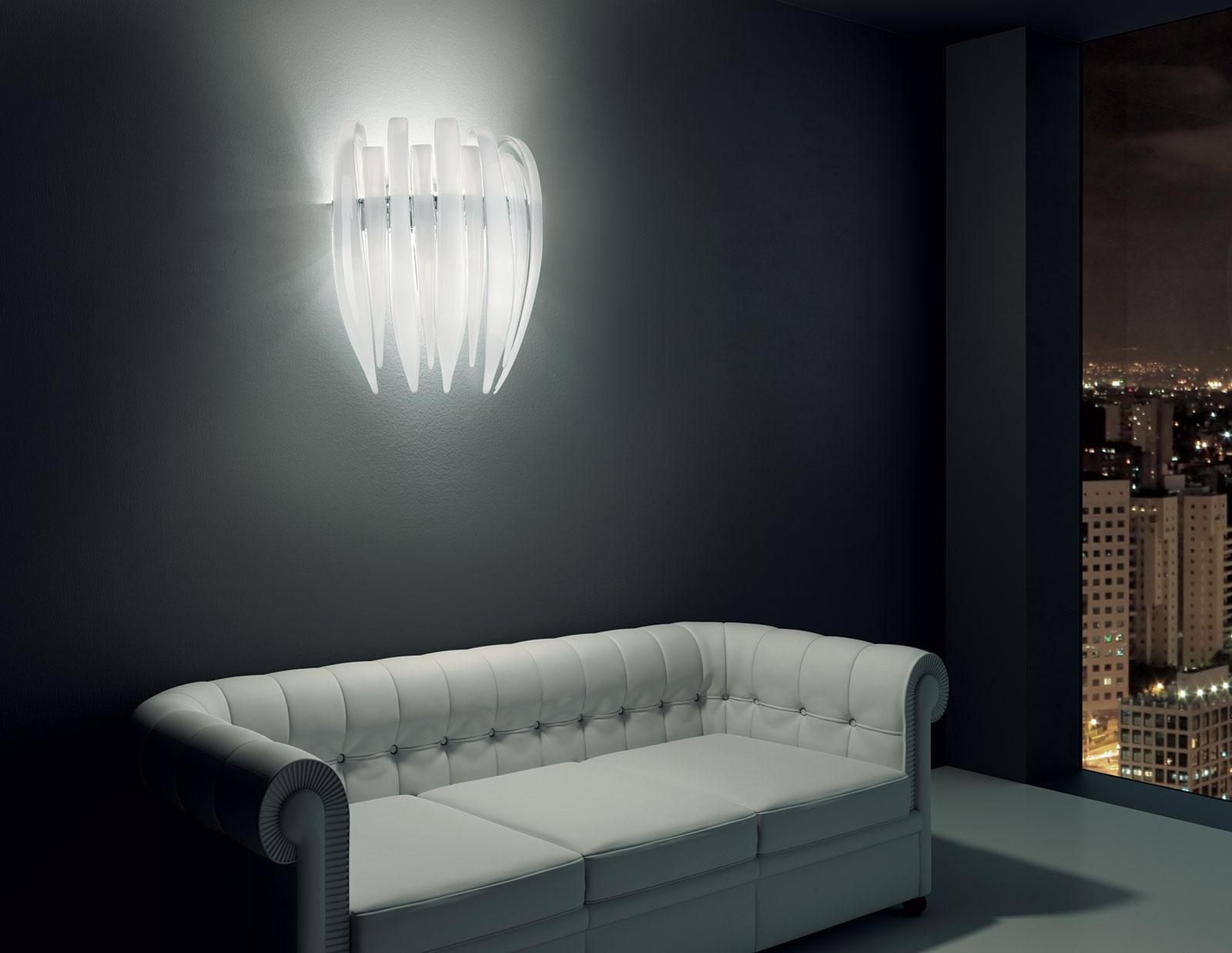 Dracena is a large wall lamp (60x30xh56 cm), designed by Diego Chilò, that will fill your home with light and colour, giving each room a distinguish atmosphere.
It’s made of glass sheets hand pressed like petals that surround a structure in chromed metal.
Amber, white and red are the different colors among you can choose to transform light into a piece of furniture. It’s the result of the meeting between italian craftmanship and artistic Murano tradition.
Precious and elegant, it will give a touch of luxury and originality to your interiors. 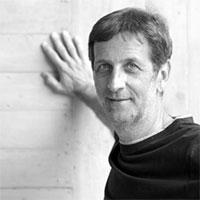