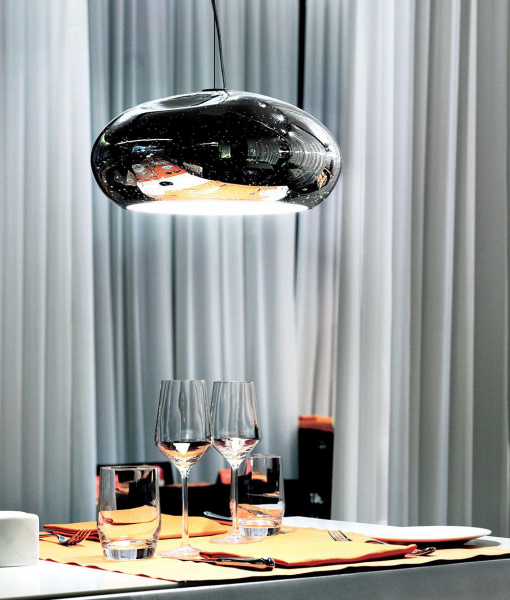 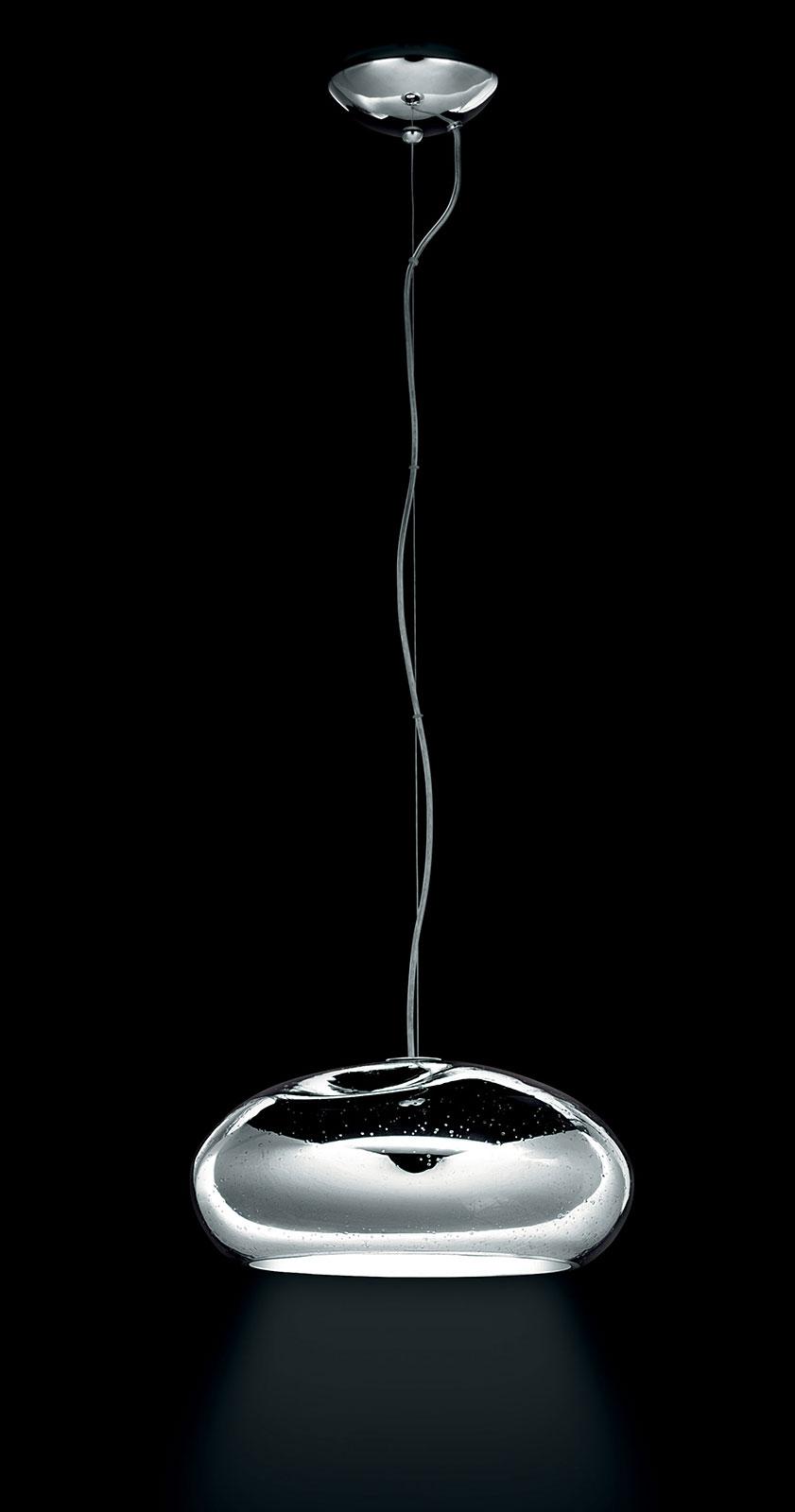 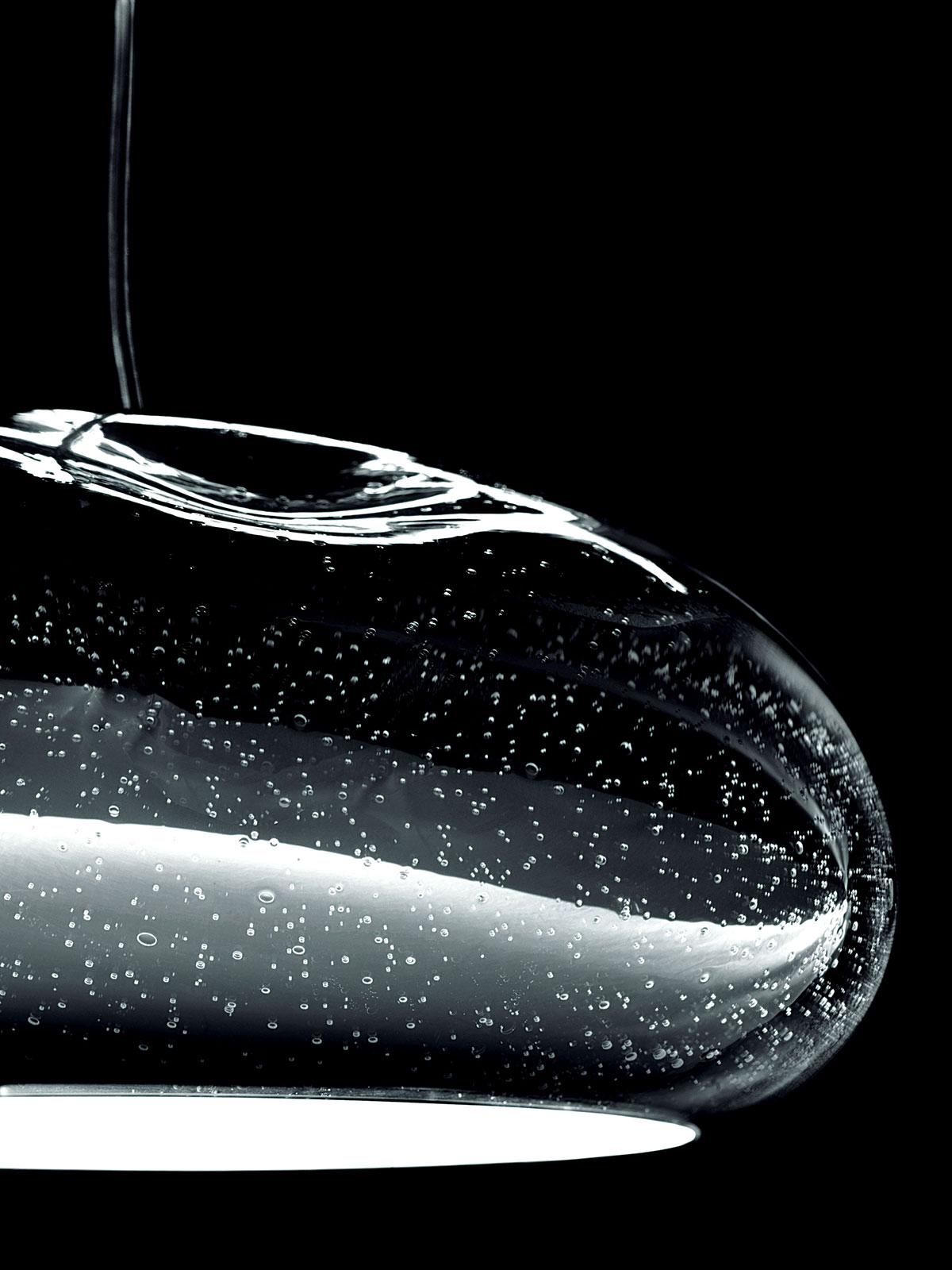 French designer Patrick Jouin has developed the new and original Mercure pendant lamp.
Entirely handmade in Italy according to the age-old tradition of Murano glassmaking, its diffuser has a soft and irregular shape that resembles a drop of mercury.
It’s shaped with blown glass and its crystal surface, “pulegoso”, reflects light in a fun and surreal way.
“Pulegoso” crystal is achieved with a technique of glass working in which you enter some irregular air bubbles that can create wonderful colour effects.
The structure is in chromed metal.
The suspension size is cm. 32 in diameter x 15 in height. The total the suspension cable length is 180 cm.
There is also a wall or ceiling version of Mercure lamp.
Modern and elegant, it will adapt to all environments. 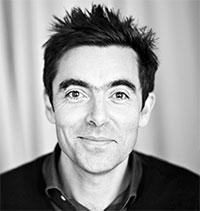