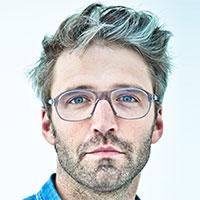 Not simply a matter of the production or rationality of the product… Noé Duchaufour Lawrance would rather that each project has its own unique scenario, sustained without being distinguished in any way by a use, a form, a material or an aesthetic…A place where the curve and the straight line, sensuality and rigour interact in a confrontation conducive to creating meaning and able to awaken all our senses. Anxious to revive the notion of alive or living in his objects as well as the designing of space, Noé Duchaufour Lawrance considers each project like an organic form which grows with its user. In the style of a natural element which can also defy human order and disorder.
At the beginning, the designer was involved with sculpture, marked by a history and very close link with nature that he wanted to transcribe again with his own hands. Stirring up emotion through the utility of forms was a matter of course for someone who loves beauty as much as necessities and harmony as much as responsibility. Hence design…
Noé Duchaufour Lawrance often compares his approach to niwa, the little garden found at the heart of a traditional Japanese house. Like an organic pulse within a discipline dedicated above all to respond to the demands of the industry, market or client. Thus, he does not limit himself in the projects that he develops, as ready to design objects for inspired lines for design manufacturers (Ceccotti Collezionni, Cinna, Zanotta…) as to compose harmonious living areas (Air France lounges, Ciel de Paris, La table Yquem at Le Meurice, La Transhumance chalet…) as well as to define the image of a product or a showcase for a famous brand (Paco Rabanne, YSL Beauté, Perrier Jouët).
Inhabited by a legacy for art nouveau, Noé Duchaufour Lawrance refers not only to the universal character of nature to impose forms which make sense but in addition states that the concept of total art is henceforth fundamental to contemporary creation.